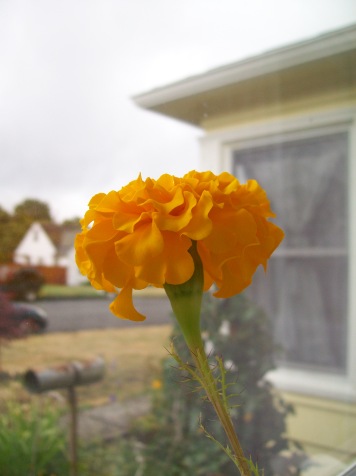 The tall marigolds we planted this spring have finally bloomed!  There were only two buds and I think that is in part due to not getting enough fertilizer and sometimes getting too hot in this particular window.  I just love how pretty it is though! 🙂 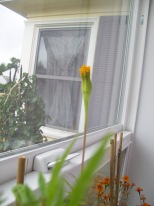 These marigolds are nice and tall and at first I thought the flowers would not look as nice as the ones outdoors due to the nutrients they were lacking, but the first one is so pretty.  The second bud is slowly unraveling too! When they first started to take off we had them in the window where the beans are now, but later I moved them so they could be seen in the front window.  The stems are longer and the leaves are broader than the mini marigolds, but the leaf patterns are the same and the flowers too.  Size is the only real difference. 🙂 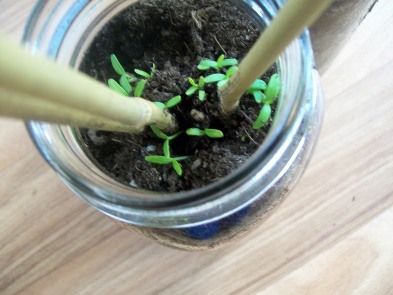 This is how they first looked when they sprouted.  The tall marigolds were planted back in March along with the mini marigolds and sweet pea flowers.  And finally in July we see some blossoms! 🙂  Every plant has their own time frame for growth and development, much like young children do! 🙂

The Marigold School of Early Learning! 🙂

Hi, I am living my dream of owning my own preschool! Please check out my web pages to learn more about The Marigold School of Early Learning! View All Posts